Before I even start talking about food, let me just say my boys were knocked out of the playoffs last night so I’m not in the best of moods right now.

However, the food was good even if the hockey was not* so I’ll try to keep my focus on that.

After two days of fairly big heavy meals, I wanted something at least a bit lighter, and after the temperature decided to take a 20 degree jump between Tuesday and Wednesday, I definitely needed to incorporate as much cold as possible.  But I also really really really wanted to try Domestic Sluttery’s Breton Chicken recipe. 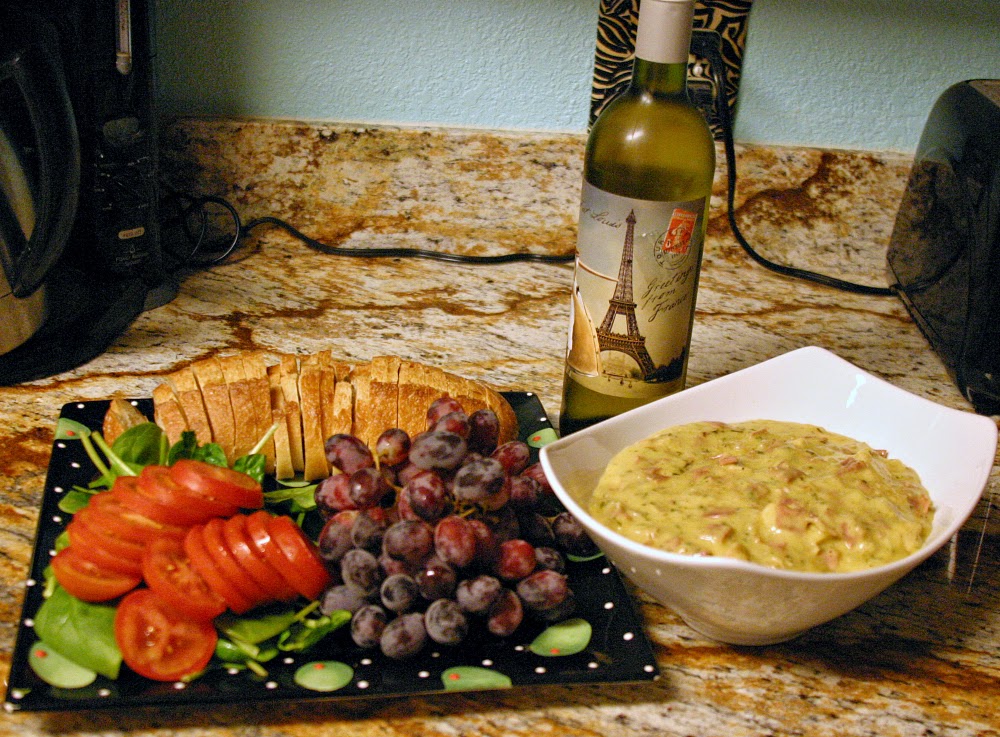 In cooler times, I will revert to my 70’s roots and use it as the basis for a biscuit-topped casserole** but when the temperature is still pushing 100 at 6 o’clock, other measures are called for.

Those measures were not cooking anything other than the chicken, and consuming a lot of very cold wine along with it.  Fat Louis White***, to be exact, in keeping with the whole geographic theme of the meal.  They put the right on the label, so you know it’s the real deal.

I only made minor alterations to this recipe, replacing the pancetta with turkey bacon****, using dried shallots in place of the leek I didn’t have in the house, and using almond milk in place of dairy, which I do in just about everything.

I also may have made another alteration, I’m not sure.  The recipe calls for “English mustard pepper”.  I have no idea if that’s a specific thing, since Google failed me this time*****, or if “pepper” was supposed to be listed separately, or what.  So in context, I decided to go with my old standby of French’s, which is my secret weapon in mac & cheese and had the added benefit of totally furthering our geographic meal consistency.  I like cheap sharp mustard in cooking because it’s ballsier than its higher-quality counterparts, particularly in rich heavy dishes like this one promised to be, and it also balances the slight sweetness that stems from using almond milk in the place of dairy, which is almost always a companion ingredient.  And it worked really well here.

The Domestic Sluttery serving suggestions for this dish are over rice, with bread, or in a pie.  I will do all of those things in the future, I assure you.  For last night, I stuck with just the bread suggestion, sourdough sliced thin, with tomatoes also sliced thin and lightly salted, some fresh spinach, and a lot of grapes, creating a grab-dunk-wrap picnic-y sort of meal.

As delicious as this chicken is on a slice of bread, it is a whole other sort of amazing when you put a blob of it on a slice of tomato and cram the whole thing in your face.  With the added benefit of limiting the amount of time your neighbors have to spend listening to you yelling at the refs as they hand the series to ******

*I blame Darryl Sutter’s evil yellow tie.  I like the guy, but that tie seriously needs to inadvertently on purpose die in a fire forever.

**Anything we didn’t top with biscuits, we put in Jell-O molds.  The 70’s were as fantastic for great bad food as the 80’s were for great bad music.

***Another of my recent Big Lots finds at $7 a bottle

****It’s a pretty sure bet at this point that if any recipe ever calls for pancetta, I will be using turkey bacon.

*****But thanks again for the “courgette” thing, because that was really bugging me 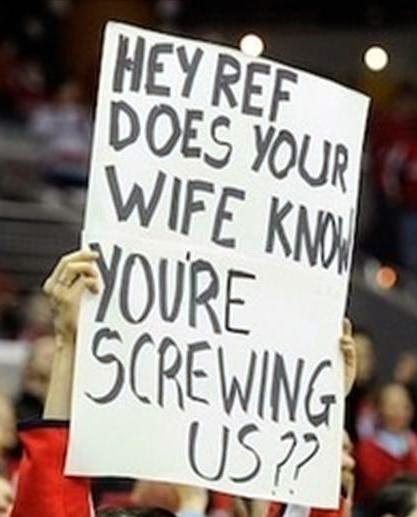 Posted by Harlean Carpenter at 2:49 PM