Once upon a way-back-when, I was asked to make a baby blanket for a newborn whose parents were about the most rabid Raiders fans the world has ever had to bear the weight of knowing. The task was simple enough; I found some licensed NFL fabric, a gray striped baby-friendly cotton for the backing, satin quilt binding in pale gray, threw a layer of quilt batting in the middle and Bob, as the kids say, was somebody’s uncle. Not this kid’s, his uncle was Chet. Or something like Chet. I don’t remember.

And Bob is my cousin, for the record. But I digress.

Flash forward a few years, and one of my favorite fellow Sharks fans was having a baby. Well, his wife was, but he helped. And I thought “Hey, Sharks blanket, nifty!” and was out the door to the fabric store before you could say “babies are non-self-aware creatures who don’t care what they’re wearing or wrapped in”, already picturing my masterpiece in its completed state.

Except. There was no Sharks fabric.

I go to this particular fabric store pretty often, so I knew the lady at the cutting table. In response to my query, she said yes, they’d had some a while back but it sold and they never got any more.

Because, really, why would anyone restock a product that sold?

Flash forward a few more years, and another Sharks fan was having a baby. Same scenario, same disappointing end.

I’ve looked for Sharks fabric on a few other occasions over the years, and always with the same lack of result. Today, I received an email from another fabric store, saying it is not too late for me to make gifts and they have the perfect sports fabric not only available but ON SALE! To say my manner when I opened the email was blasé would be an insult to blasé. My cursory scan of the email’s content and subsequent clicking of the sale link made hipsters look exuberant. Because I already knew what was waiting for me at the other end of that click.

And I know it isn’t just that I haven’t been looking in the right places. My search has not been limited to fabric stores to whose email lists I happen to subscribe. I have scoured the Internet in vain. The fabric does not exist.

A search for “San Jose Sharks fabric” on eBay brings us this: 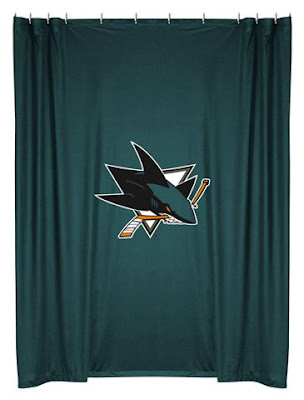 Not only is it not fabric, it is not even close to what springs to mind when I put “my shower” and “the San Jose Sharks” together in the same thought. Although I suppose I could get a couple of them and make myself a pretty spectacular cape.

That same search phrase on Google unearthed this little gem: 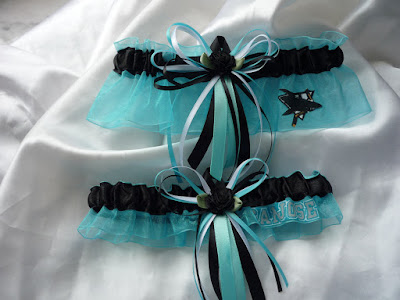 Which, while just about fantastic enough to make me want to get married tomorrow, is still not fabric. Which begs the question, why?

Why, NHL? Why do you hate helpless infants and seamstresses? Why can’t we have licensed fabric of our very own? We’d make you proud, we’d make really super ultra mega awesome things, you wouldn’t be sorry, we promise.

Just give us a chance.
Posted by Harlean Carpenter at 11:25 PM No comments:

Which actually has nothing to do with hexes, I just got caught up in the alliterative-subject-line excitement of it all. But I am shaving my head. Or at least cutting my hair pretty short. Unless you tell me not to. Here's the scoop:

Ask any 10 people what they think the number one cancer killer among women is, nine and a half of them will likely say "breast cancer". October, as I’m sure you know, is Breast Cancer Awareness Month, and in no way do I ever want to diminish the importance of that awareness.

But when the 3-Days have been walked, the pink ribbons tucked back away in jewelry boxes and October is over for another year, what remains is the fact that breast cancer is not the answer to that question, not even close.

Lung cancer kills twice as many women as breast cancer does, every year. It accounts for more than a quarter of ALL cancer deaths. And that, in a word, sucks. So this is me, doing my little part to change it.

Oh, and did I mention I’ll be cutting my hair as well?

Yes, the crazy waist-length mane of red insanity shown in this photo 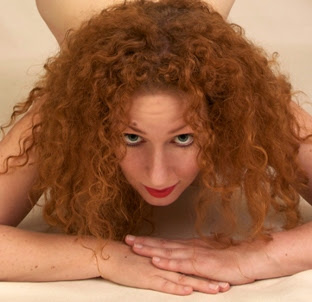 will, at the end of this fundraiser, be donated to Locks of Love.

When I first mentioned the possibility of donating my hair, reactions were pretty evenly split between “Yay, awesome!” and “OMGSTFUNOOOOOOOOOO!!!” because apparently my hair has its own fan club and the members, while few, are pretty devoted. So, I have devised a simple yet evil plan that will let everyone have their say, raise some money for a great cause, and take the decision out of my hands completely.

Donate to this fundraiser, even if it’s only a dollar. When you donate, you will be given the option of leaving a comment. In your comment, leave your vote for or against me chopping my hair off. On December 31st OR when the fundraising goal has been reached, whichever comes LAST, votes will be counted and the fate of my mane shall be decided.

To further reward you for your support, everyone who donates any amount will be entered into a drawing to win 1 of 5 prizes like journals and tote bags from our CafePress shop.

Here is the donation page

And here are the nifty drawing prizes, selected by people just like you

And thank you, as always, for your support.
Posted by Harlean Carpenter at 3:39 PM No comments: