Balance, Perspective, and Why I Love My Life

As many of you know, I recently submitted a photo to the Pinup-Doll.com Pinup Doll of the Month contest. This is the photo 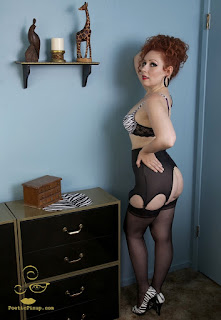 and as you can see, there is butt. It’s what I do, you should know that by now.

When I first submitted a photo to this contest, the page owner replied that she loved the image I sent but was concerned about it being reported and did I have something a bit more Facebook-friendly. Now, the image I first sent was already on my own FB page and hadn’t created any problems, but I understood and appreciated her concern, so I sent the above, more modest version of the same shot. She said she still had concerns but would add the photo to the contest and hope for the best.

It was up for a week before it was reported and deleted. The stats for that week are as follows.

PEOPLE WHO LIKED AND DISLIKED THE PHOTO

Liked – My mother, 4 of my sisters, 1 of my goddaughters, 8 of my personal friends, and 91 random strangers whose support I greatly appreciate

Report the photo to Facebook and have it deleted – 1

TOTAL – 1 Negative, 10 Positive (because people who put their money where their mouth is count 10 times more than people who hide behind Internet anonymity and report things they don’t like rather than just looking away)

This is the first time I’ve had a photo deleted on Facebook, and while it stung for a moment, what I found particularly amusing about the experience was trying to figure out what people find offensive. Let’s compare sections of the photo currently up on the Pinup-Doll.com FB page, the winner of last month’s contest, and the photo that was reported and consequently deleted. 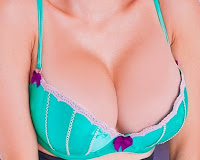 Clearly, what bothers people is not exposed skin, which both photos have. It is not cleavage, because the first photo quite obviously has a great deal more of that. No, I have given this careful thought and believe I have determined what it is that strikes fear in the hearts of Internet users, causing the knee-jerk “report & delete” reaction.

The sight of butt crack is deeply and irrevocably linked in the subconscious to the idea of costly home repairs, and this is the fear to which people react, without even realizing it. It’s not nudity that people have a problem with; it’s plumbers.

That’s the only explanation I’ve found that makes any sense, when people go to a page with the name “PINUP” in the title and are shocked to see skin. If you have other theories, I would love to hear them.

(The first photo in the above comparison is of Pinup Doll Ashley Marie, and please do not take anything in this post to mean that I don’t like her. I do, she is gorgeous and you should go HERE and lavish all sorts of praise on her. While you’re at it, go HERE and Like the Pinup-Doll.com page, and HERE to continue your admiration and praise-lavishing on Naomi VonKreeps, founder of Pinup-Doll.com)
Posted by Harlean Carpenter at 6:19 PM