People who do not live in tend to associate the state with movie stars, beaches, and .  And while it’s true that we have those things, natives like me have other associations with our beloved home state, many of which are tied to agriculture.

FUN FACT FROM FWIKIPEDIA*
On less than 1% of the total farmland in the United States, the California Central Valley produces 8% of the nation's agricultural output by value

For today’s blogscursion, we focus on two specifics of California agriculture; we produce 90% of the nation’s avocado crop, and are the fourth largest wine-producing region in the world.**

Avocados & wine are part of my dinner routine 4 to 5 days a week, usually in salads and glasses respectively.  But it’s always fun to take old favorites and render them almost completely unrecognizable, which is why I chose to open Domestic Sluttery Improv Week with a twofer, combining interpretations of their Drunken Spaghetti and Mediterranean Baked Avocado. 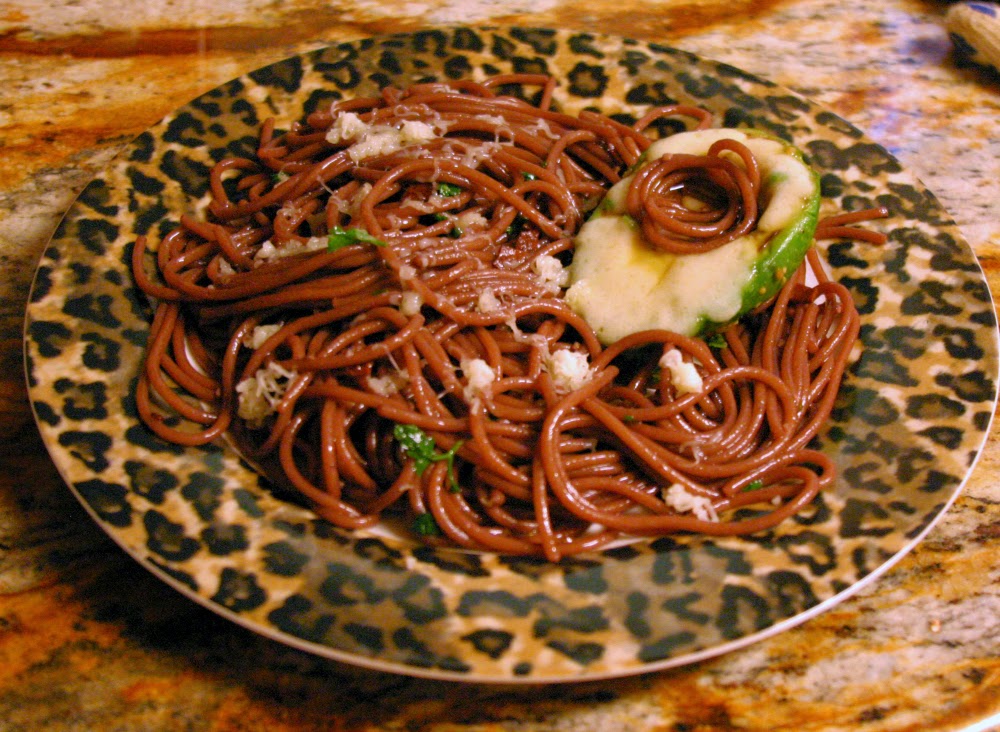 Holy mother of tits you will never want to do anything as plebian as cook pasta in water again as long as you both shall live.  You and the pasta, that is.  I won’t presume to make sweeping declarations about any of your other relationships.  But your commitment to starch and alcohol just took itself to the next level whether you think you’re ready or not.

The recipe calls for a bottle of red that is cheap but drinkable, the finding of which is something I excel at quite mightily.  You may recall from the DSIW intro post a mention that I buy much wine at Big Lots.  Outlet store wine is hit & miss, but more often than you might think, a lot of really good bottles wind up there simply because a lot of really good wine makers get hung up on the “I am an artiste” aspect of their chosen profession and don’t have the sense to assemble decent marketing departments.***  My latest find, at $4 a bottle, is TanTerra.  They have two varieties, but the Cab is better than the Syrah, so I used the Syrah to cook my pasta.

The end result was the pasta having a slightly acidic edge to it, which balanced the richness of the rest of the dish beautifully and made it really easy for us to eat twice as much as we should have.

The changes I made to the DS Drunken Spaghetti recipe were omitting the butter and increasing the olive oil to compensate, substituting Asiago for the Parmesan, using turkey bacon in place of the pancetta, and adding a bit of anchovy paste to put back some of the richness lost by leaving out the butter while still keeping some of the fat/calorie reduction benefits.  Oh, and I used curly leaf parsley instead of flat leaf, because that’s what I grow. 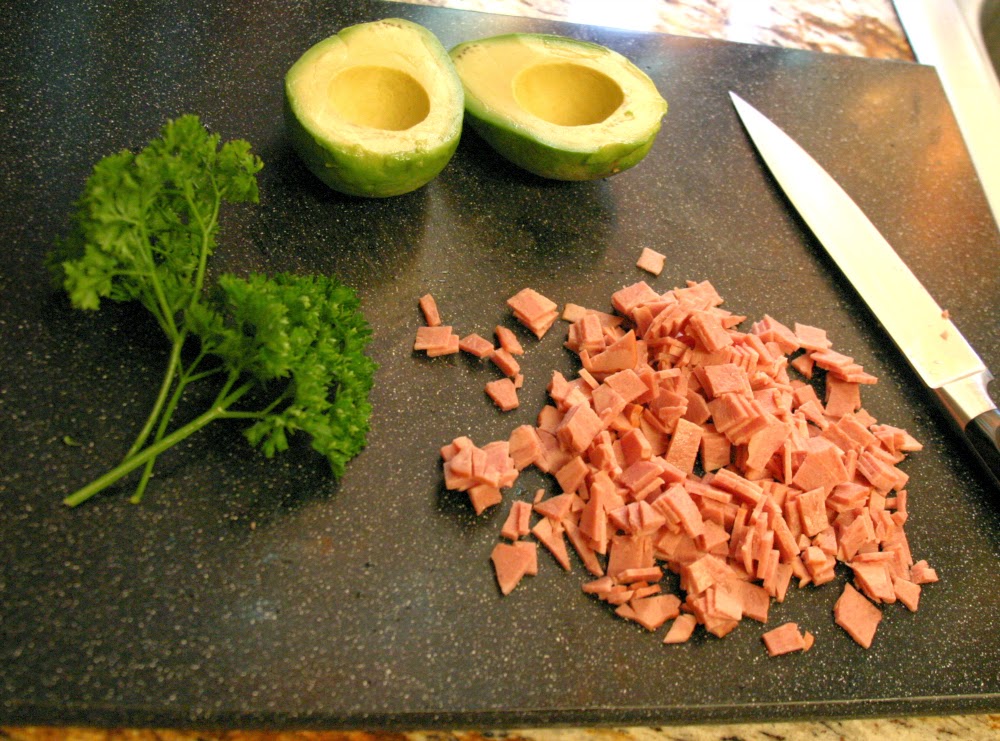 Their Mediterranean Baked Avocado recipe is meant to stand alone as a starter or small entrée, but since I was incorporating it as the protein in a pasta dish, I kept it very simple, just rolling the avocado halves in the olive oil mixture (after it was cooked but before adding the wine) and topping them with some of the cheese before baking them. 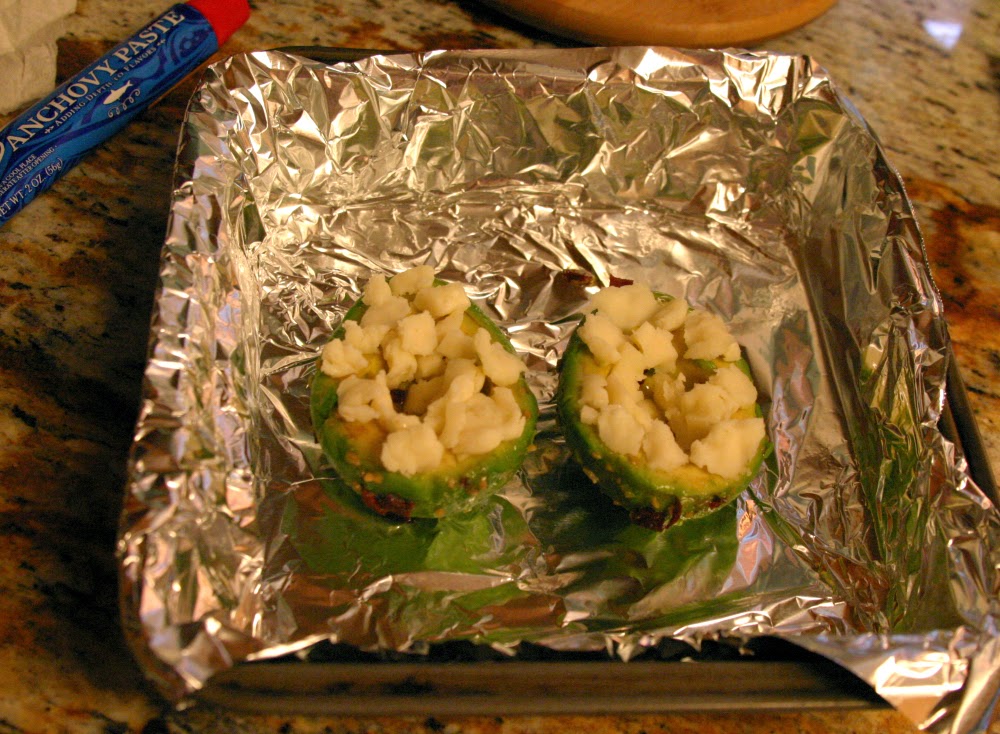 Next time, I’ll either use the broiler or break out the torch to brown the cheese a bit, but overall I was extremely happy with the flavor and texture.

In summary:  I cooked an entire pound of pasta for 2 people.  There is one very small dish of leftovers currently in the fridge.  ‘Nuff said.

On the menu tonight: Bang Bang Chicken of the Sea

*I was going to spell it right, but that would have altered an awesome alliterative apportunity

**Which may or may not hearken back to the Californians-seriously-not-knowing-how-the-fuck-to-drive bit mentioned in the previous post.  I’m not sure learning the truth would make me feel better or worse, so I’ll just leave that alone.

***A lot of bottles that are nothing more than a tragic waste of grapes, glass, and cork also wind up there.  It’s a gamble.  When in doubt, look for labels that show addresses in or proper.  It’s still a gamble, but that puts the odds slightly more in your favor.  You also run the risk of running into people in outlet store wine aisles who are genuinely not aware that is a place.  Trying to explain this to them is not worth your time.  Just walk away.
Posted by Harlean Carpenter at 2:33 PM